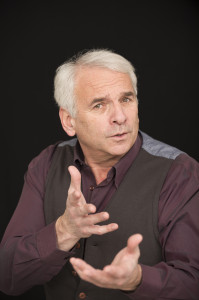 The versatile American tenor Neil Rosenshein is known equally for his memorable stage portrayals and his thoughtful musicianship.  He has captured critical and popular acclaim throughout the world in repertoire by composers from the Baroque to the 20th Century.  Leading roles performed at the Metropolitan Opera include Alfredo in La Traviata, Alfred and Eisenstein in Die Fledermaus, Léon in John Corigliano’s The Ghosts of Versailles, Don José in Carmen, the Prince in Rusalka and the title roles in Faust, Werther, and Peter Grimes.  Other opera companies include Chicago Lyric Opera, San Francisco Opera, Royal Opera Covent Garden, Paris Opera, Hamburg Opera, Netherlands Opera, La Scala, Australian Opera, Santa Fe Opera, Zurich, Geneva, and others.

His varied repertoire has enabled him to enhance his opera career, as soloist with many of the world’s great orchestras, such as the New York Philharmonic, Boston Symphony, Cleveland Orchestra, Orchestre de Paris, Royal Concertgebouw Amsterdam, Orquestra Gulbenkian, Bayerischer Rundfunk – Munich, Israel Philharmonic. His numerous recitals include venues such as Carnegie Hall, Sydney Opera House, and Alice Tully Hall, among others.

Through this extensive career, Mr. Rosenshein has accumulated a wealth of artistic and technical experience, which he now shares with his students, many who now follow the path he set, singing with major companies throughout the world.

In addition to Manhattan School of Music, Mr. Rosenshein has taught at DePaul University and Hartt College, and judges for the Metropolitan Opera National Council Auditions.

Manhattan School of Music faculty since 1997.

Made by Designer For The Arts